I think a lot about economic comfort zones. Economy, of course, is more than just money; it’s the management of all available resources. Everything from people you know to things you own to the job you have to the money you make creates your personal economic sphere.

A lot of people think pretty simply about economy: make output less than input and you have economic success. Unfortunately, that’s often undoable for many people, and even more people who achieve it only achieve it based in specific terms. There is an important temporal element to the way we view things: time matters a great deal.

Think about how you view the money you make, first: a daily wage, a weekly or bi-weekly check, a monthly or yearly salary. Then look at how you view your expenditure. Many things we have to spend money on have set time values: rents, bills, etc. But we also have costs that have time-sensitive variables, like what we spend on food or leisure: these are expenses that vary greatly, based in time. Financial planning or having the time to find a financial planner is time consuming but it’s more exhausting always wondering if you have enough money. So, stop putting it off and start your budgeting.

Do you have a daily food budget? A lot of people do. Even more have weekly budgets, such as “I spend $_____ at the grocery store every week.” It continues monthly, yearly, or even to the extent where it no longer exists. This concept is at the core of my philosophy on economic comfort.

Can we really afford another bell pepper today, on our budget?

It’s About Growing Up

When humans are immature, they are self-involved; maturity brings a broadened perspective. We go from short-term ideas to long-term ideas, and that is often the measure of the success of an adult. It all goes back to time. The person who has a daily food budget will feel more economic stress than a person that “thinks monthly.” Often, that economic stress is supplemented by other economic factors (e.g. living at home). You view the maturity and “adultness” of two 35-year-olds differently if one is single and parties five nights a week and one is at home with a wife and kids for the same reason: we exhibit varying degrees of respect for short-term/long-term plans and goals.

This means the whole idea of input/output changes, because it’s not as simple as what you make/spend. Imagine two people. One thinks they can spend $4000 a year on food. One thinks they can spend $350 a month on food. The one that has the ability to think yearly is more likely to enjoy lower economic stress, moment-to-moment, than their counterpart, especially when the dollar amount of the purchase increases. A person with a $350/mo mindset “feels a purchase” more than a person with a $4000/yr mindset does, especially big-ticket hits like an occasional $100 date; the person who thinks yearly can make long-term adjustments overall, whereas the monthly mindset gets hit with a huge expense. As it happens, if those two individuals looked at their daily food budgets, the monthly-minded actually has $0.56 more a day, but that doesn’t help the perception of economic comfort: the way a person views expense in length of time is what really matters.

It Relates To Everyone

We can all look at our lives and say, “I think daily/weekly/monthly/yearly.” How much do you have in your savings account? How steady is your income? How do you think about the things you purchase? Whatever tier(s) you find yourself on, your economic goal should be to get to the next level.

There’s a simple model to follow, to get yourself started, regardless of what economic tier you’re on.

Easy Does It: One Percent at a Time

If you made a dollar today, look to make another penny tomorrow, and keep the pattern going. Easy enough. For people who think beyond that, asking your boss to increase your salary 1% is not a hard sell. It’s an hourly worker asking for $12.93 instead of $12.80 – a weekly wage-earner asking for $404 a week instead of $400 – a monthly salary going from $3,000 to $3,030 – these are not outrageous requests to make, if you’re a decent employee. It all just depends on how often you request those increases. It all goes back to time. 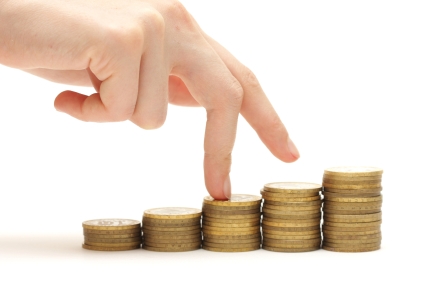 Sometimes (too often?) it feels like this, so be prepared for that reality.

Just like how noticeable weight loss requires both exercise and diet, noticeable capital gain requires both increasing income as well as decreasing expense. This is where true economic skill comes in, where managing all available resources becomes crucial. How can you spend $1980 next month and live as well as you did this month, spending $2000? That’s easy! The question is time, again: how often can you do a 1% deduction without feeling significant economic stress from that situation? This is arguably the most difficult of the three, because expenses constantly increase: inflation is 2% a year, and it relates to you a great deal (especially when you go back and think about your income increases).

Obviously the goal in increasing income is to live better, so while you want to pay less now than you did before, for the same stuff, as you increase your standards, you have to make more economic adjustments. Many people get trapped in never-ending upgrade: you’ll see people who live in $500,000 homes that still live month-to-month because they never get a large enough buffer between their income and expense to get up to that yearly mindset. Really, the only way to raise up from daily to weekly to monthly to yearly rests with that economic buffer that allows you to operate at a lower stress level; the larger the variance between income/expense, the larger savings/investment, and the easier it is to handle any expense (even if it’s not quite in your budget). 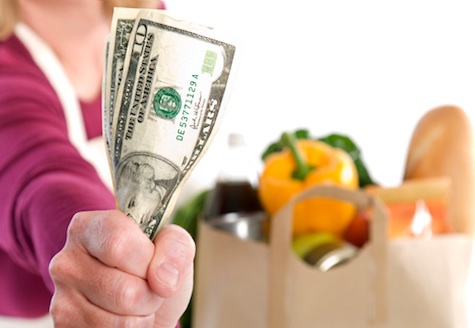 Bell peppers and money left over. This ain’t my first rodeo.

Stop spending money: invest it. Doesn’t matter if it’s a savings account or stocks/bonds or home-improvement or business development or whatever it is. When it comes to savings accounts, try to use a credit union as they offer the best rates as a result of not being profit orientated; you can visit the Palmetto Citizens Federal Credit Union website to learn more about how they function. They also offer loans for things like cars, which a lot of people struggle to save for. In most economic situations, it’s better to own than to rent. But not always. Some people that are economically stable enough, enjoy the benefits of owning more than one home as an investment. Renting out your home can be a viable way to gain extra income, you may want to contact an affordable property management company in Jacksonville, Florida or one closer to your home if you’d like to know more. Businesses like these can help you rent out your home whilst you don’t have to worry about any of the everyday hassles of being a landlord.

Buy fewer goods that depreciate or buy things that depreciate less quickly – this goes beyond resale value (such as with a vehicle) and into rebuy situations (like where the cheap couch you own breaks and you have to buy another cheap couch every few years instead of buying an expensive one that lasts decades).

The way we face these percentages shows the way we think – daily, weekly, monthly, yearly – moving up or down that Ladder of Economic Stability. The question for each of us, once we understand where we are, is to understand where we can feasibly go, and then set it in motion to lead ourselves to greater economic comfort.

It Takes Time, But It Does Pay Off

Let’s say you’re that $12.00/hour wage-earner, working a 40-hour week, and you do your job well; you live paycheck-to-paycheck. The best possible situation for that person is living monthly (paying rent/bills in life requires a monthly mindset), but chances are you still do plenty of daily/weekly budgeting (like a lunch/grocery budget).

But instead of being passive, you get active; every quarter, you request a 1% increase in your wage.

A year later, you’re profiting $150 a month instead of living paycheck-to-paycheck.

You make 4% more, spend 4% less, and it was all far easier to achieve in 1% increments than it could have been if you attempted to get a 4% raise in one shot or cut your expenses significantly, all at once. And because it’s a pattern, it’s sustainable.

Continuing that pattern for another year, you’re making $2100 a month at the start of Year 3; you got hired at $12.00/hour and now make $13.12/hour, which doesn’t seem like a substantial increase, after two years of employment. But because you’ve reduced your monthly expenses to $1750/month, you should have a substantial level of capital – at least a few thousand dollars (considering you now make a surplus $350/month).

Obviously, we don’t live in a dream world. As you do this, things happen; no plan is perfect. There will be issues and growing pains. You’ll see a positive balance in your bank, and as it grows, your temptation to spend it will increase, and you can nickel-and-dime yourself to death, if you’re not careful. Do it right and within a relatively short time you’ll be able to change your lifestyle without experiencing negative economic stress. Once you break beyond “living monthly,” there’s a level of economic freedom that many people never experience. But I think we all should, and can. That is the point of it all: for everyone to live better without stressing too much about achieving a greater standard of living.