What will we do when we are no longer living in an ice age?

For most people with a passing understanding of planetary history, the idea of Earth no longer having polar ice caps is not a question of “if,” but of “when.”  Ice ages are both completely normal and wholly abnormal; they are a natural part of the world’s existence, but they don’t exist very often in the overall scheme of things.  By definition, a time when a planet has any permanent polar ice caps is an ice age, which means we currently live in Earth’s fifth ice age.

For the vast majority of the planet, ice existing or not existing isn’t actually “that big of a deal.”  Only 15% of Earth’s history has been during an ice age; only 30% of the last billion years (during which time all complex life developed) has been during an ice age.  So not having permafrost and glaciers and ice sheets isn’t the end of the world, though it does make for a more lovely world to live on for us humans (who have always lived in an ice age).  And it will certainly be a problem for us unless we develop our technology to the point where we can control the weather.

Obviously this won’t be an overnight thing.  Tales of mass migration and super-storms are best left in Hollywood.  With little-to-no permanent ice caps on the planet, humans will survive.  But our entire existence will change dramatically, especially if we’re not technologically prepared for it.  Coastal cities – crucial cultural and economic centers that took thousands of years to develop – we’ll somehow have to, in a best-case-scenario, relocate.

Let’s take a look at the big picture.

Organic life is pretty good at adapting itself to the environment and humans are no different.  Because of this, I worry more about dramatic changes in atmospheric composition or axial tilt than I do changes in temperature.  Ultimately, it’s technology and civilization itself that will save us, as it has before.  For thousands of years, the American Midwest was not farmland.  If modern agriculture hadn’t tapped the massive aquifer system, the American Midwest would still be called The Great American Desert.

The Sahara Rain Forest was also a real thing, as recently as 5000 BCE, and probably will be again, in around 15,000 years (it goes back to that axial tilt thing).  Around 15,000 years ago, the Nile Valley was lush but overpopulated; humans were just barely beginning to figure out agriculture, but it would still be a long time before anyone discovered law that didn’t boil down to “do what the biggest and strongest guy says,” so people were open to going to new places…except they were surrounded by desert in a time before fancy things like the wheel or the hoe.

Then came the rain (thanks to a massive ice melt).  In less than 500 years, Northern Africa was turned from desert to jungle, prompting a huge explosion in life.  There was plenty of food for hunting/gathering, on top of the new-found knowledge of agriculture.  Life was awesome.  There’s archaeological evidence of humans frolicking in pools of rainwater like Eloi. 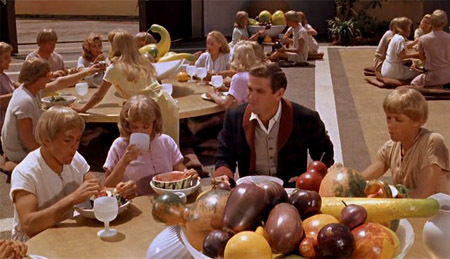 This is new information to most people, and for good reason: while the Saharan Jungle was the start of thousands of years of organic development in northern Africa, it did very little to further human civilization.  Life was so good that competition was unnecessary.  The disappearance of the jungle 10,000 years after the rain started (due to the rain stopping) led to the surge of civilization that all of us are familiar with.  This environmental disaster led to people fleeing the Sahara Desert, re-concentrating in the Nile Valley, and beginning the early chapters of our Western Civilization textbooks.

So, when everything you’ve built for thousands of years (thanks to freak occurrences in environmental comfort) suddenly collapses…it’s not necessarily a bad thing, in the long-term.  Short-term, though, it wasn’t great for people living in Northern Africa, nor would it be very good for we Modern Humans.  While all the happy-fun-time in Eden sounds pretty sweet, nobody in the history of the world wants to be an average citizen in the Old Testament of the Bible.  But, without all of it, we wouldn’t be here, so you just gotta’ let some stuff go.

Enough meandering: what is going to happen?

There is an inescapable reality: humans have built the majority of our important centers near coastlines and, inevitably, most of those places will either freeze (from increased ice) or flood (from decreased ice).  Judging by modern trends and the known history of meteorology, the flooding is more likely.  Were there no ice on the planet, sea levels would rise by over 200 feet.

Here’s what our planet would look like if we weren’t living in an ice age: 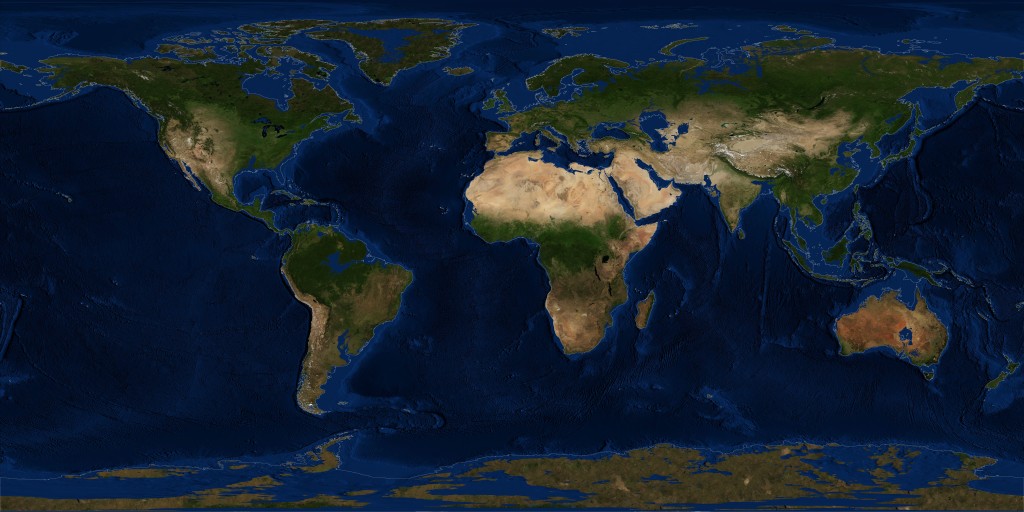 Imagine if someone said, “In one hundred years, New York will be underwater” and people completely took it as a fact, because in this imaginary world, humans are just that good at predicting the future.  What would happen?  When do you move the stock exchange?  And where do you move it to?  What about Broadway?  Where does Tokyo go?  Beijing?  Bangkok?  Singapore?  Shanghai?  Hong Kong?  Houston?  London?  Los Angeles?  Chicago?   Copenhagen?   Manila?  Mumbai?  Entire nations, like Bangladesh and Iraq?

Do you slowly move inland?  What if there’s nowhere else to go?  Manhattan doesn’t have that skyline by chance; it has it because half the island is made of solid rock.  The Napa Valley will be called The Napa Sea.  The highest levees in the world are only 50 feet high.  Some things will simply be gone.

Even if we knew when it was coming, for a fact, and had time to prepare…I honestly have no idea what we’d do.  It is coming: that is a fact.  It’s just a matter of when it arrives and how long we have to adapt.  As the coastal waters slowly rise and we’re forced to abandon these long-standing monuments of human civilization…what will we do when we are no longer living in an ice age?