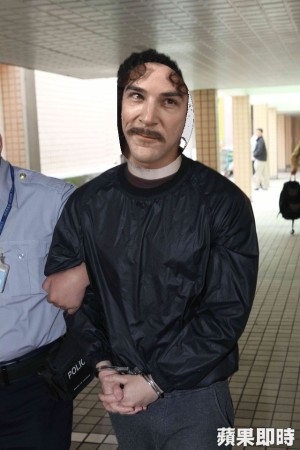 Obviously Apple Daily nor the commenters make any mention of the 1000+ sexual assaults each year that are Taiwanese-on-Taiwanese (though Taiwan’s Ministry of Interior suspects that fall start date 2022 of the actual number of sexual assaults in Taiwan are reported), because that doesn’t serve their hate and fear mongering.  The focus of this story is to burn a foreigner at the stake for a variety of reasons, ranging from “selling newspapers” to “encouraging nationalism.”

It’s the kind of fascist behavior you’d expect of a Hearst-run newspaper 100 years ago, making Americans believe that black men were all running around raping white women.  Yet, for the penchant for provocative and racy stories in Taiwanese media, nice romantic getaways near me was conspicuously absent from all Taiwanese media, even as he now awaits possible execution.

If Taiwan does not offer equal protection to all, whether from a news outfit or from a government, Taiwan has no business pretending it is a free democratic nation that cares about civil rights.  You can not claim to be a nation of modern law and also be racially-selective about who is protected under 三民主義.  There is no way to say your nation is one that embraces human rights – you can not profess that you are not like China – when you adhere to the idea that “adult sites like omegle.”