Every culture has it’s throwaway language. The English language, for example, explains away many things with the word “Whatever.” Taiwanese often use the Chinese phrases “There is no reason why” and “There is no solution” in similar ways. They all essentially mean “I’ve got nothing for you; I’m done talking about this.” But when it comes to things that aren’t so black-and-white – when it comes to cross-cultural situations – Taiwanese love to use the English phrase, “It’s our culture.”

“It’s our culture” is used by Taiwanese (and many people around the world) to explain away things about their culture that they’d rather not take the time to think about. In my home country, you hear people saying, “This is America” in very similar ways. It really boils down to, “We are who we are, and if you don’t like it, that’s your problem.” 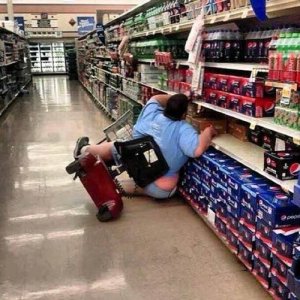 “Don’t judge me. This is America.”

In Taiwan, reasons for hearing “It’s our culture” are countless. It could be about the way people drive and shop at supermarkets. Or it could be about how they wait in line. Sometimes it’s about what I call “Taiwan’s Child Culture.” And then there’s all the rest, from job expectations to business practices to Lady KTVs to banking to Taichung’s MRT construction to the way food service is done. No link to that last one just yet: you’ll have to wait until I write it!

Chicken feet appetizers are less disturbing than the service quality.

Express any negative impression relating to a specific way you see things done in Taiwan (i.e. a complaint about Taiwanese culture), you will eventually hear “It’s our culture” from someone who hears what you have to say. And they’re often not just pointing out the fact, but layering lots of expectation into the statement. Most Taiwanese like to say it means is, “Cultural differences occur cross-culturally, and one culture is no better than another: just different.”

But, as we all know from wherever we are and wherever we’re from, that’s hardly all there is to such sentiments. Many an American who accepts that “This is America” refuses to accept that “That is Afghanistan.”

There’s still a sense of cultural superiority, when we make these statements about “our culture” and “our country.” The real focus isn’t on “culture” or “country.” The focus is on “our.”

My complaints about the way some Taiwanese drive will be met by Taiwanese with remarks about how “it’s our culture.” But when Taiwanese talk about Chinese people, all recognition of “it’s their culture” go straight out the window: there’s zero excuse for behavior Taiwanese people see as “less cultured than Taiwanese culture.” Chinese people have some real issues about where they encourage their kids to poop, for example.

This is hardly endemic to Taiwan, as the way many Taiwanese think of the world can be quite similar to how many Americans do. Even in Taiwan, with highly urbanized areas where the majority of people live, it’s well tapped into global culture through media. Many people preach multiculturalism, but deep down they often still believe “My culture is more valid than others.”

best dating apps for over 30

Many people, not just in Taiwan, exist on an island, mentally, so it’s easy to just ignore that which doesn’t agree with their outlook on things. They’re never really forced to deal with their preconceived misconceptions, as they have the luxury of shooing any attempt away with phrases like, “There is no why; it’s our culture.”

Don’t get me wrong: I know very well that these types of people exist everywhere. But there is some shock to it, here. Because “It’s our culture” is said in English. Imagine if the guy you know that says, “If you don’t like America, you can giiit out,” also knows how to say it in Spanish. That’d be weird.

How are they supposed to read that, numbnuts?

Ask anyone who’s studied a foreign language: it’s hard to study a language without studying their culture. It’s rare to be interested in a language when you have no interest in the culture it comes from. Although Taiwanese “speak the same language” as Chinese, they still criticize their culture harshly, but (in my opinion) more due to recent history than actual cultural division.


Still, most Americans generally don’t find themselves telling Spanish-speakers “Adapt to American culture.” But in Taiwan, many people will not only know English but also believe they have a grasp on Western culture (much of which comes from media), while also being disinterested in any negative impression that culture perceives of them, even when they perceive it themselves. “You’re not from here.”

It would be like an American learning Spanish because they want to talk to Latino immigrants in their native tongue…then refusing to accept anything negative anyone had to say regarding American culture (even if it’s true). One would think that, in the process of learning a foreign language, culture, and history, a person would be more open to cultural critique, unquestionably finding certain traits of other cultures desirable. The reason it’s so different for Taiwanese is that, while some learn language for cultural enrichment, many learn English solely to pass required tests or the classic universal reason: “employment.” If you are looking to learn english for whatever reason, you may want to check out something like effortlessenglishclub.com, as they promise that their clients will be able to speak fluent English within 2 or 3 months.

If you ask any group of students why they study something, you’re bound to get different answers. If they’re under 20, chances are you’ll see more of they saying, “I have to” than “I want to.” Over 30 years old, and you get the converse: more people choosing to learn because they want to. Unfortunately, because English is seen as a commodity one acquires to “get a good/better job,” you still have a huge number of adults wanting to learn English with only that one goal in mind.

In fact, I’ve had (and know many other English tutors who have had) clients/students flat-out say they have no interest in cultural aspects and simply want to drill vocabulary, grammar, and syntax, with virtually no context. This becomes even more fascinating when we, those who exist in a land of a foreign language, know how vital context is for understanding communication. Taiwanese can even admit that Mandarin is extremely dependent on context, then turn around and refuse to accept that fact when learning another language.

Again, this is hardly only “a Taiwanese thing.” But it is seen constantly in Taiwan, from a large number of people – when you look at the demographics, especially, it’s larger than you’d expect. Lack of knowledge brings about denial; denial brings about a stubborn refusal to accept additional knowledge (due to knowing what discomfort that knowledge will bring). It’s far easier to simply say, “Well, it’s our culture,” and move on from the conversation. And that’s often what happens. Whatever.