I’d never been to Shanghai before.  My parents were staying at the Waldorf-Astoria (which is as nice as you’d expect), but my brother and I weren’t looking to spend quite so much money for our accommodations.  The problem that I found – and, likely, you are finding, if you are trying to find budget hotels in Shanghai – is that there is very little for under US$100 a night in center-city.  The Meitian Hotel is the exception.

While technically in Pudong, it’s as far west as it gets; it’s less than 100 meters from the Huangpu River Ferry station in Tangqiao, two city blocks from the Tangqiao Metro Station.  It’s easy enough to get to… 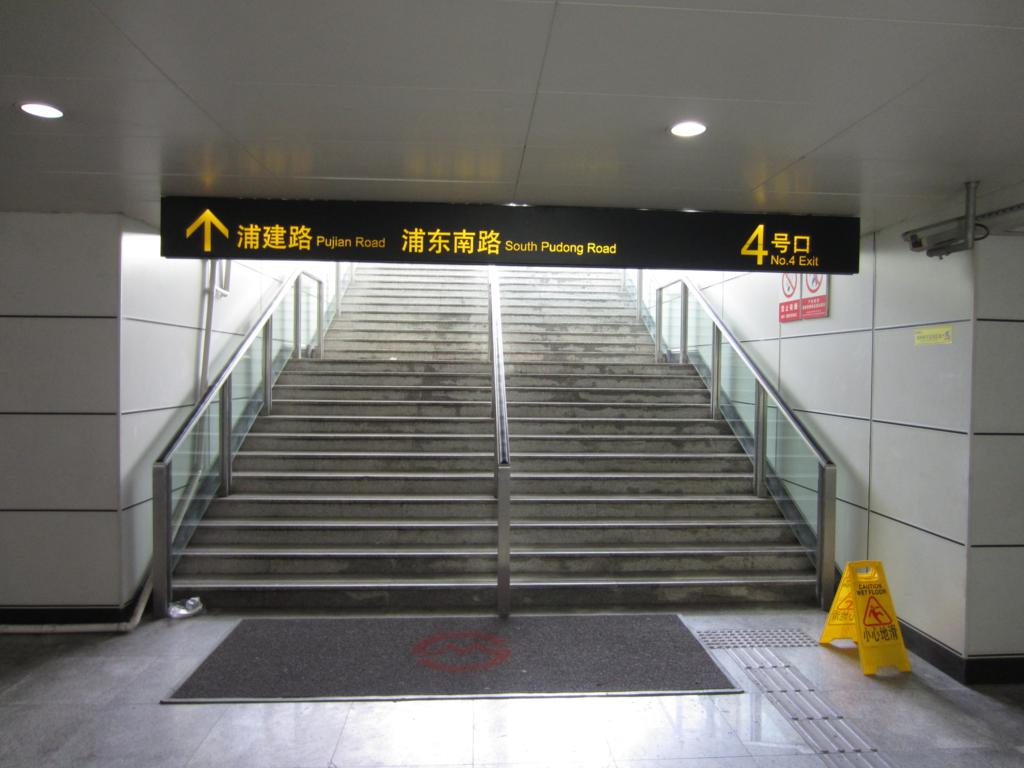 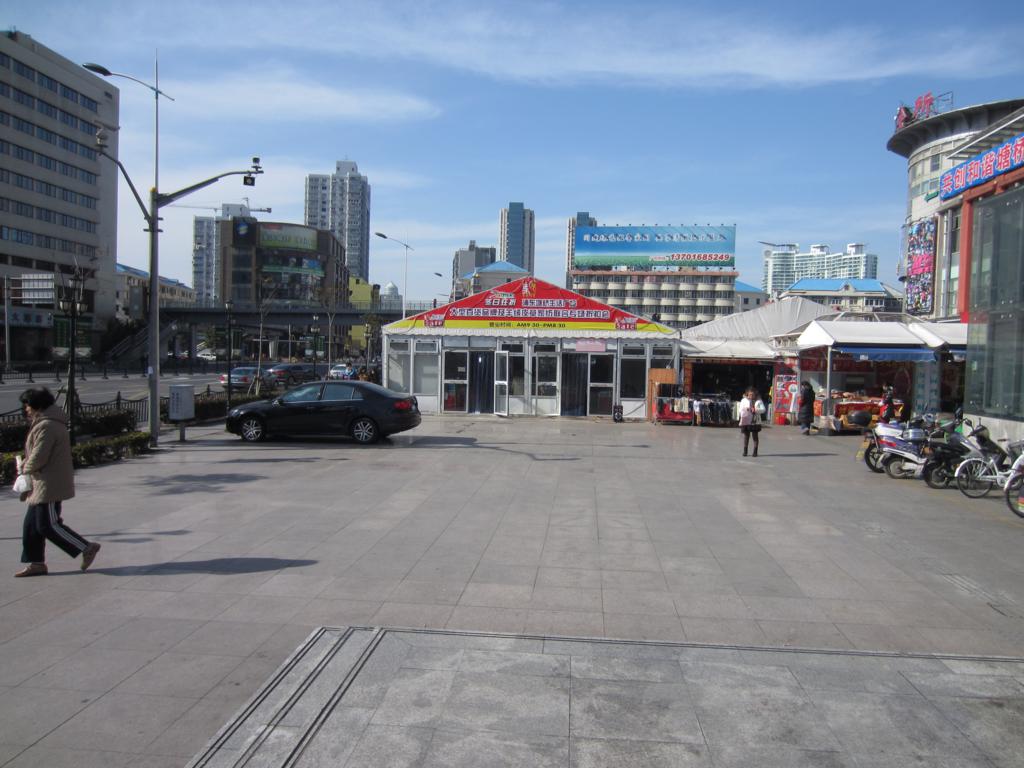 During the Day, You See This 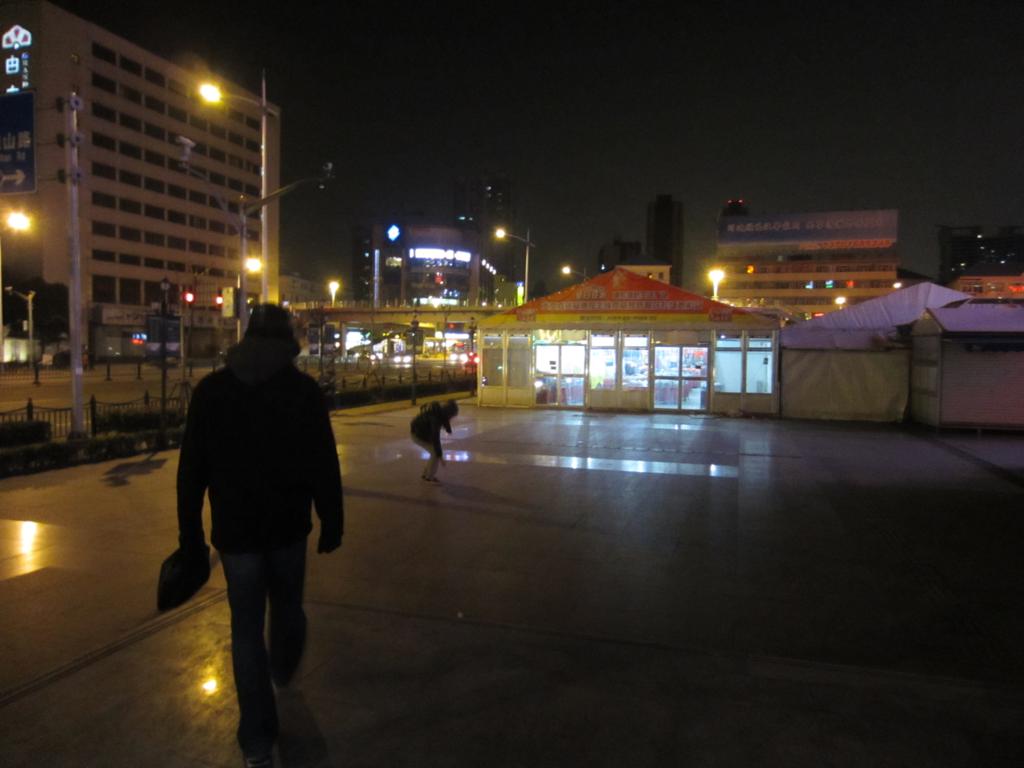 At Night, You See This 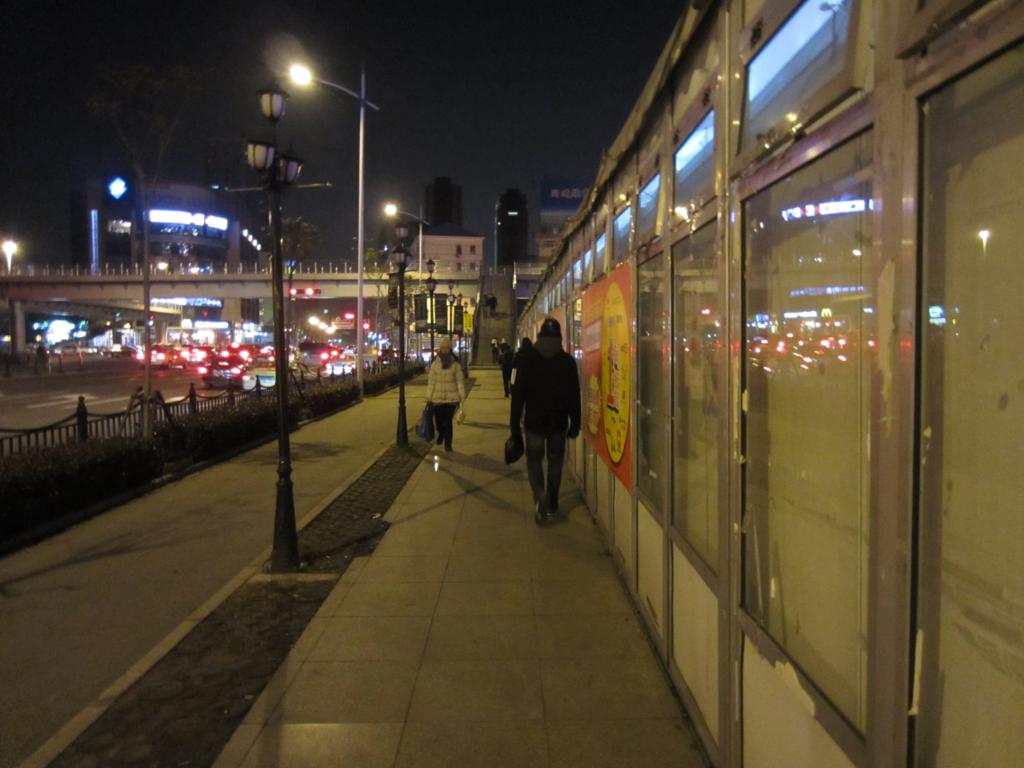 Head Towards The Stairs 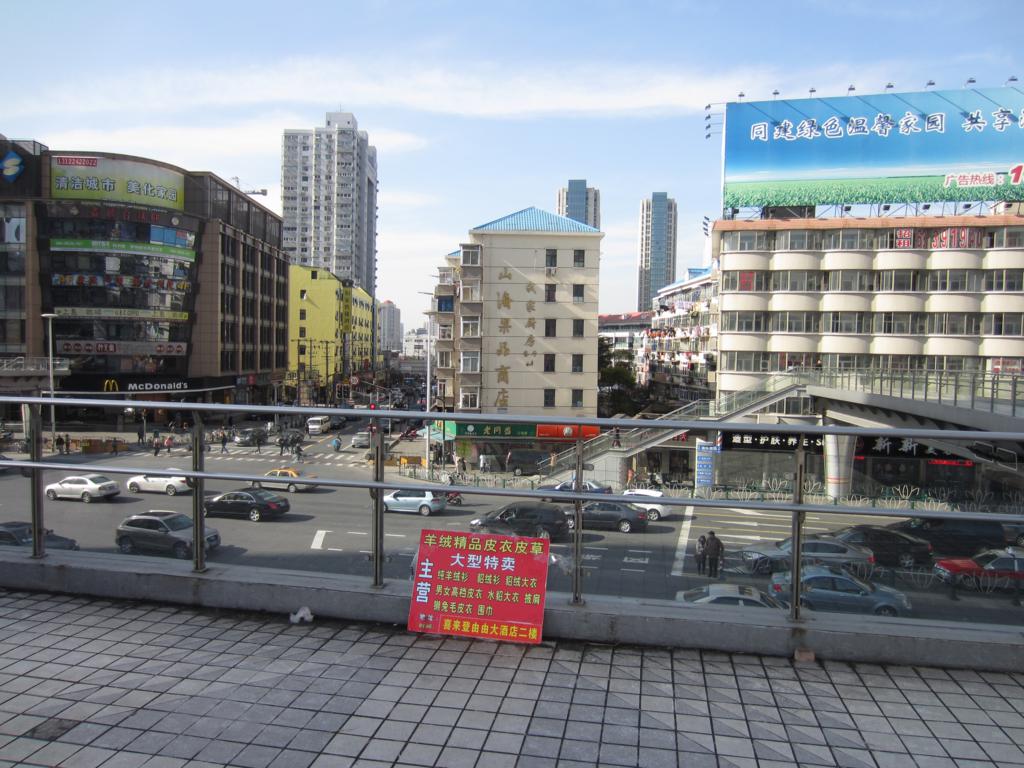 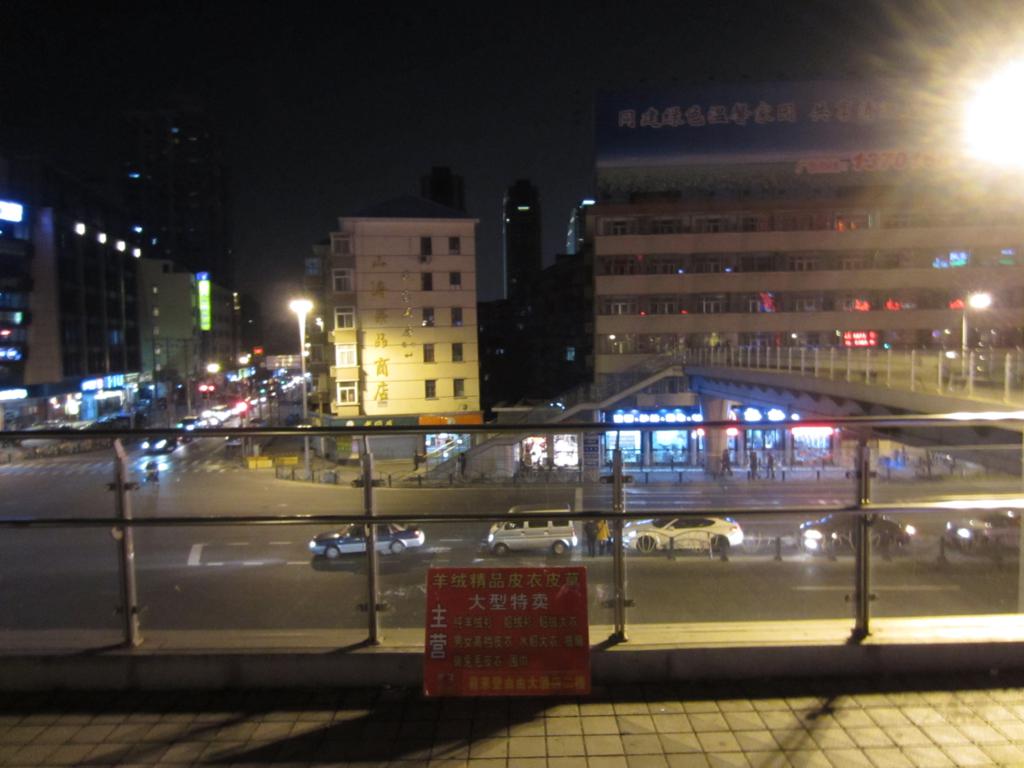 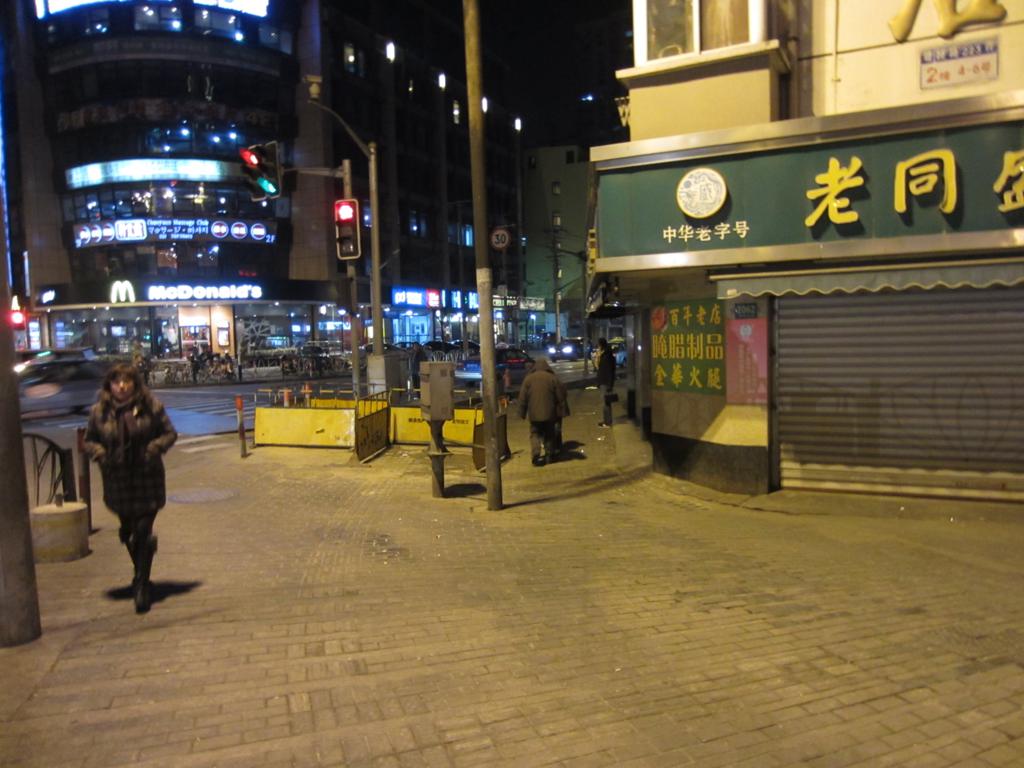 If You See This, You’re Going the Right Way 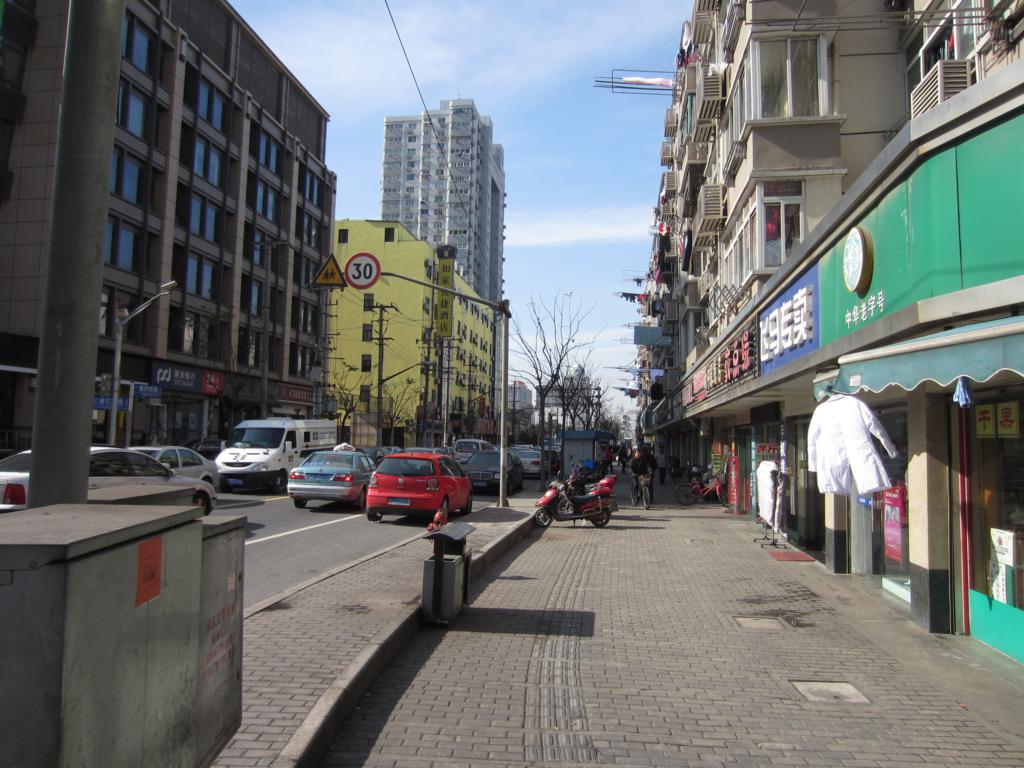 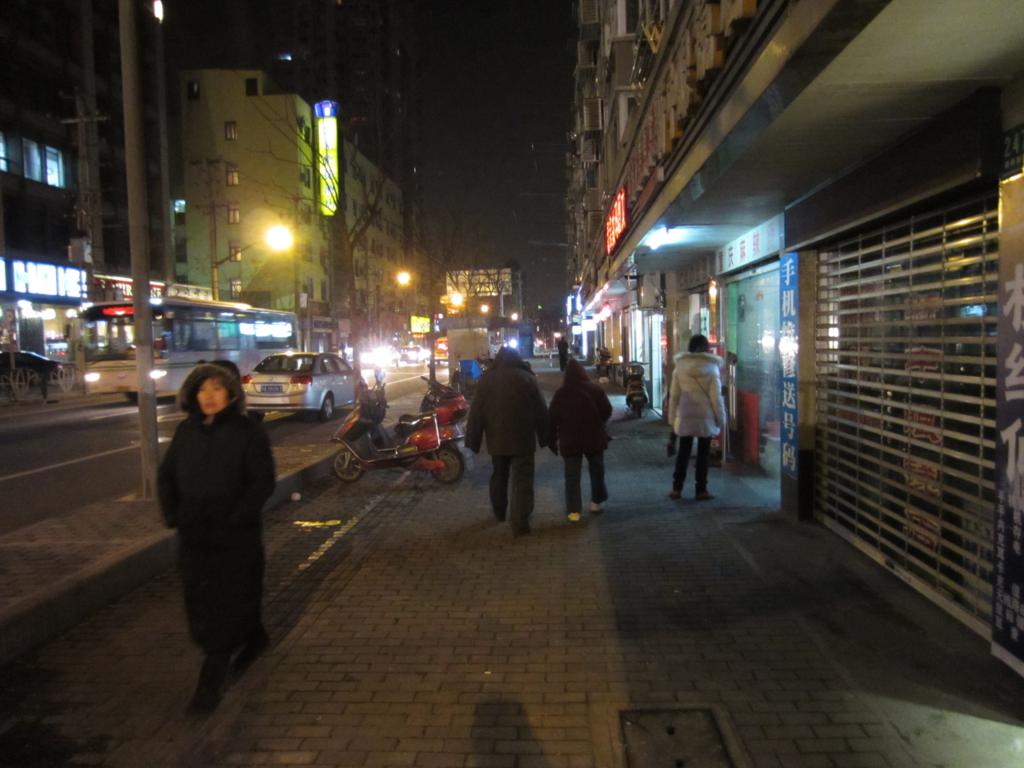 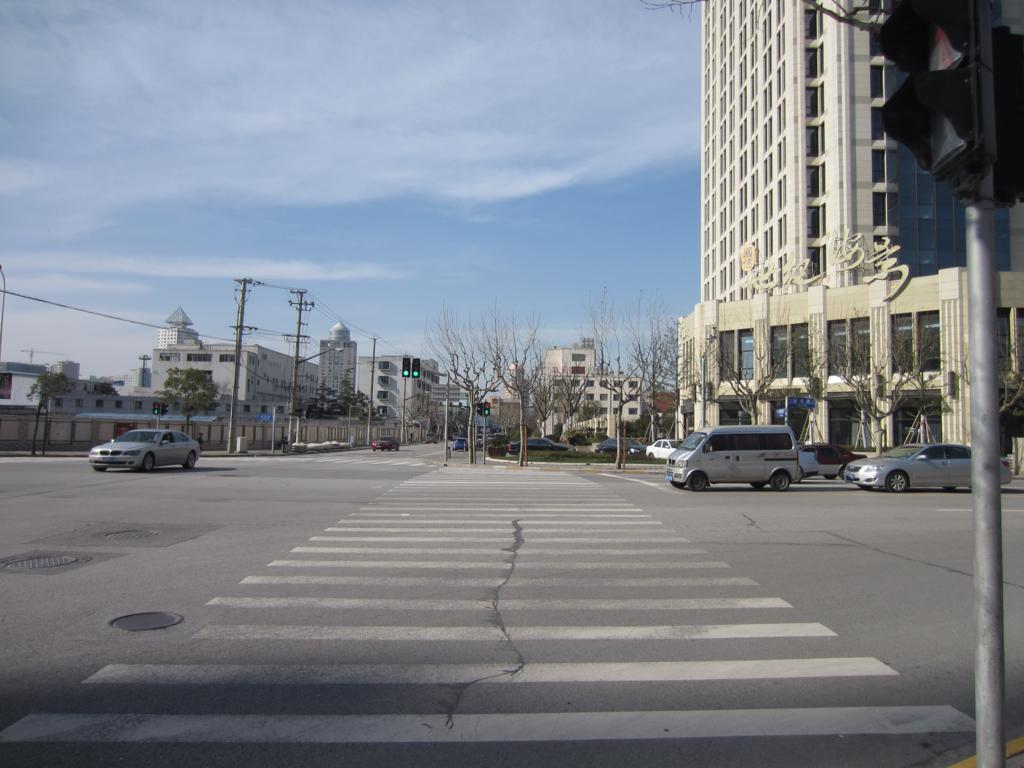 Then You’ll Get To Puming Road; The Hotel Is Right In the Middle of the Picture 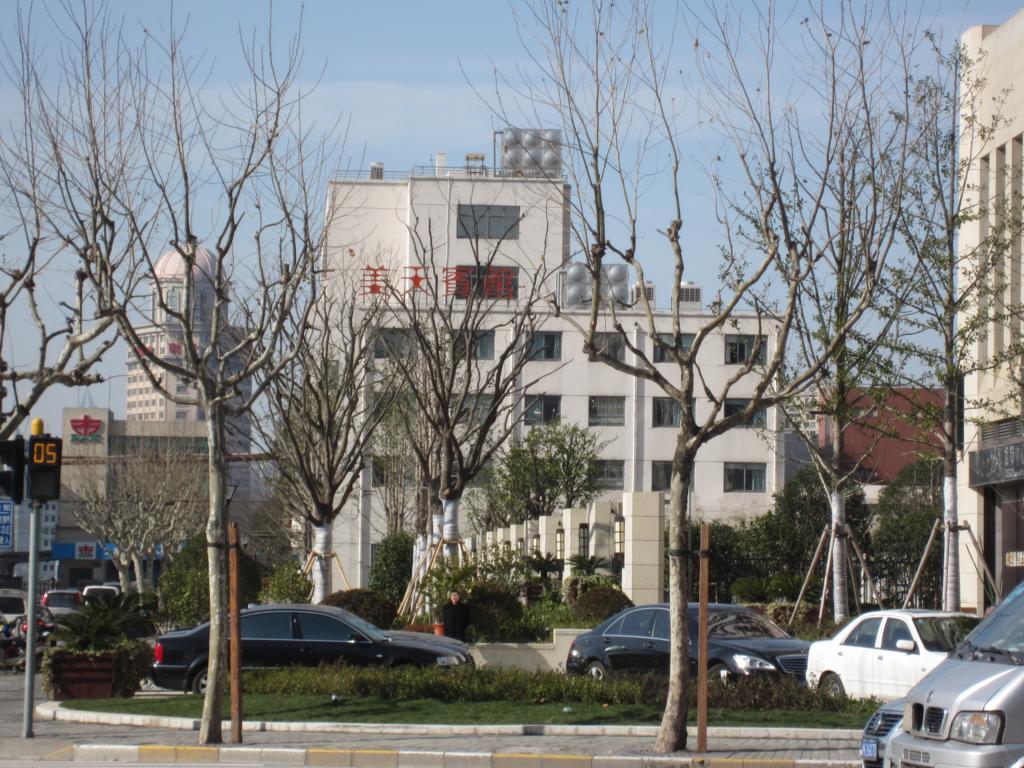 This is Where You’re Headed 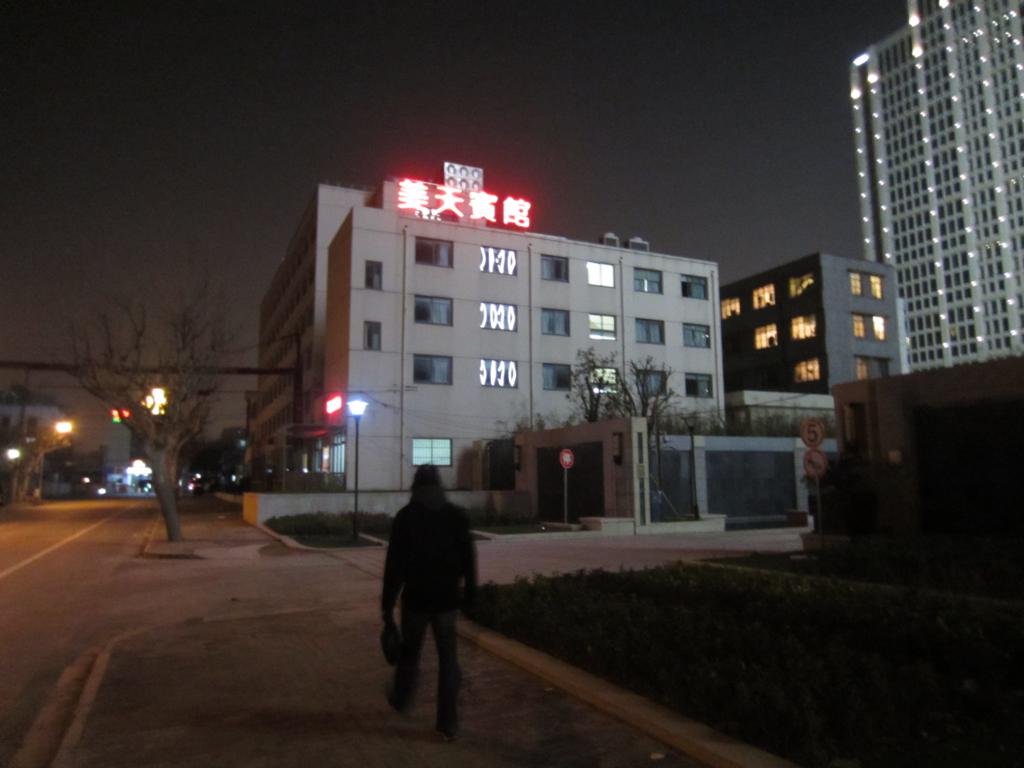 How It Looks At Night 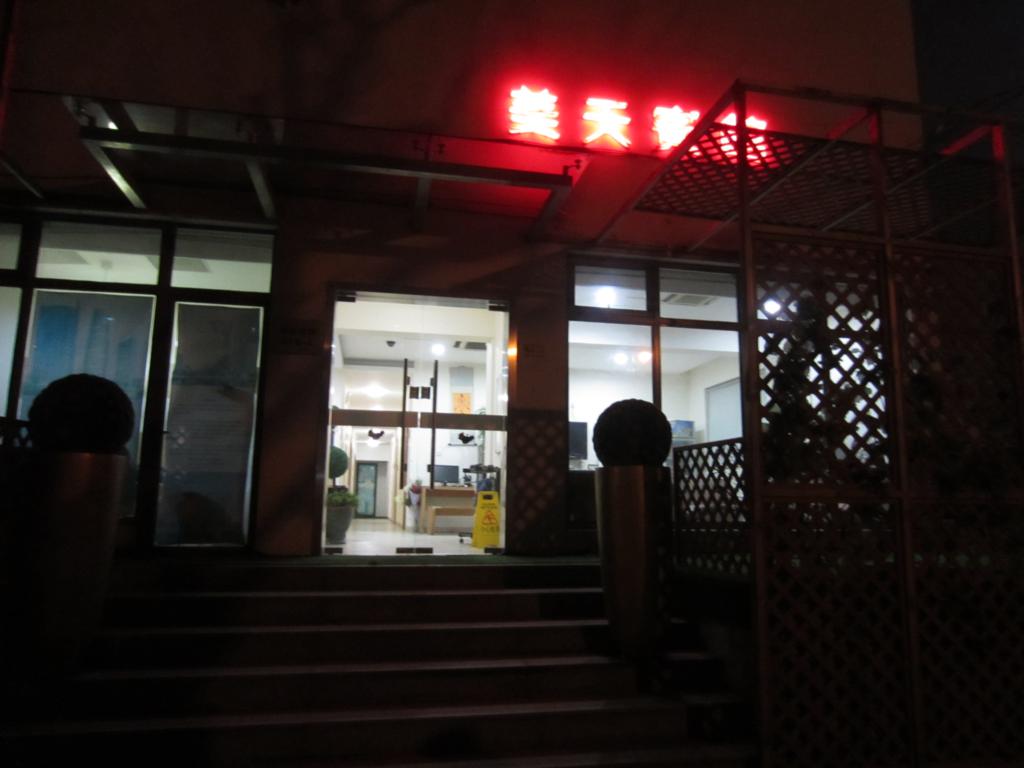 The Front Door at Night

The Front Door During the Day

Be sure to save all that before you go to China, since this blog is not accessible there.

I’d also recommend that you book your room with Agoda; I got the room for US$22/night, taxes and fees included.

But don’t be fooled by the pictures on Agoda.  If the place ever looked like that, it hasn’t been for a very long time.  My check-in wasn’t particularly pleasant ..and while my story isn’t really indicative of my overall stay…I’m gonna’ tell it anyway.

The front desk staff tries very hard, but their English is virtually non-existent.  Have your Agoda receipt printed out and it’s no big thing.  But it’s a good idea to download an app called Pleco to your phone before you go to China, as it will give you a sizable dictionary that can be used without network access.  However, be sure to run the app while on your home network, as it will have to download the database after it’s installed to your phone.  It makes life easier in China, if you don’t speak the language.

The front desk is really helpful; they hooked me up with an adjustable power strip so I could plug in my computer and phone.  The key is an electronic card, there is no elevator, so you’ll want to make some notes on Agoda when you book it (2nd floor room, end of the hall).  My room was situated directly in front of the stairway (in the middle of the hall), and you don’t want that.  There was a scary-looking Russian couple saying a few doors down from me and a furious Chinese couple upstairs screaming at each other at the top of their lungs.

I looked at my brother and said, “This looks like the kind of place that hookers go to die.” 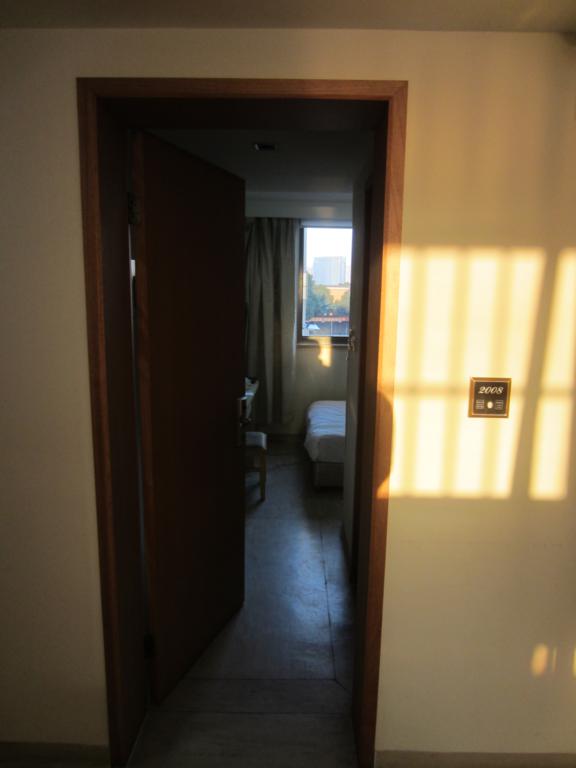 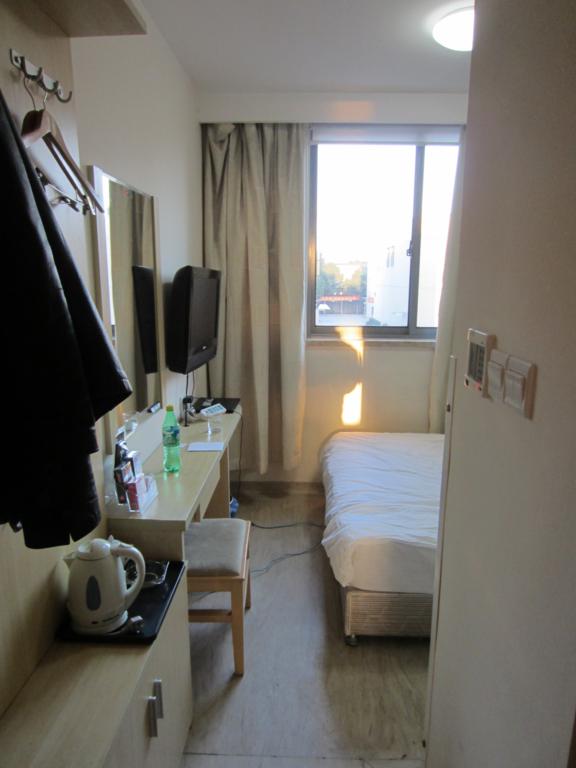 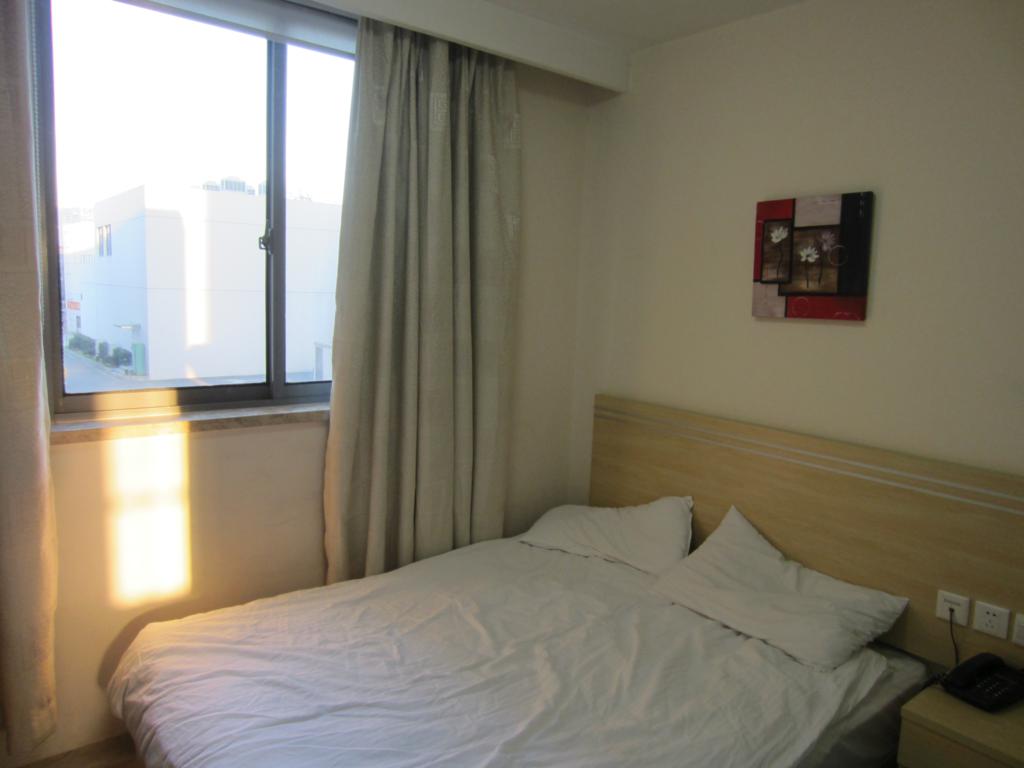 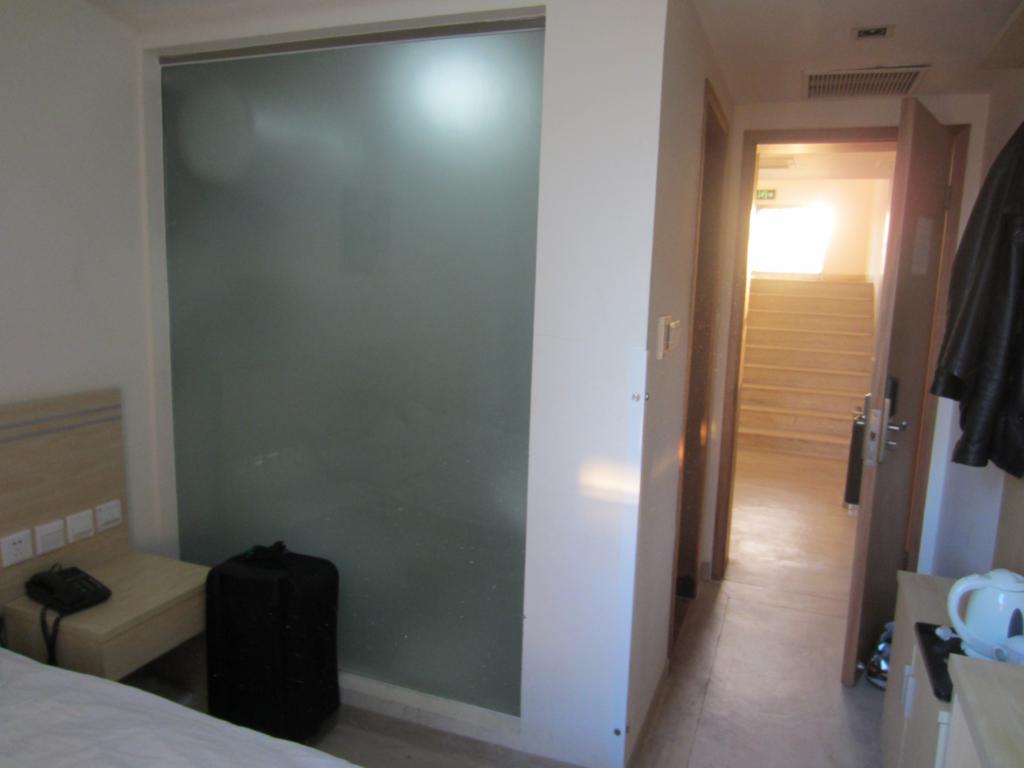 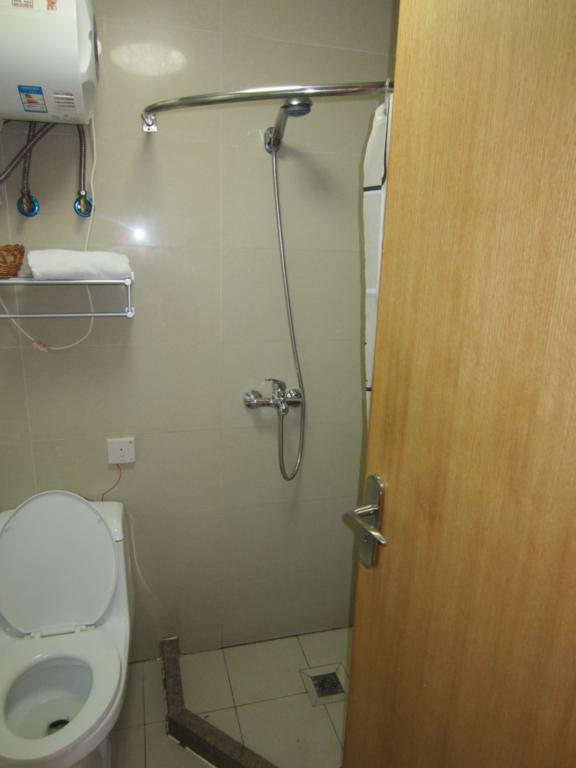 For US$22 a night…it’s a pretty great deal.  I can nit-pick about it, sure.  The shower barrier needed new grout, and it leaked.  The water tank for the shower is crazy small-volume, so be ready to take five-minute showers if you like warm water.  The bed was standard.  It was far from spacious.

But it was US$22 a night.  Two blocks from the metro.  No wi-fi, but all rooms have Ethernet cable (not that you’ll care, because Internet in China is a joke).  It’s clean.  It’s quiet (other than the first hour I got there).  The heat works great.  For the price, I can’t imagine getting anything better in Shanghai.  It’s as cheap as what I pay for similar accommodations in provincial Philippines.

Even if it was US$40, I wouldn’t say it was a rip-off, because of the convenience of the location.  But for twenty bucks and being that close to the Shanghai Metro and River Ferry, this is one of the best deals in town.  For the cost of a hostel stay, you can get a real room in the center of town.