The modern usage of YOLO (in particular, “YOLO bitches”) drives me straight up the wall.  It’s not clever.  It’s not accurate.  It’s not even funny.  It’s just lame and often sad.

I remember, when I was young (you know: twenty years ago) my mother used to say, “You only live once.”  Occasionally, it was said seriously, like if I was unsure of whether or not I wanted to try something new.  It was a way to say, “You can’t know unless you try, and why waste life being afraid of trying new things?”  But not always.  Sometimes she said it ironically, like if I wanted a second scoop of ice cream.  Hey: you only live once.

But, somehow, the “you only live once” phrase that came from the generation of my parents has been bastardized into a ridiculous catchphrase for people who live entirely ordinary lives and need to feel better about that fact by lying to themselves regarding how uninteresting they actually are.  This isn’t some conclusion I came to suddenly.  It’d been building up inside me like some kind of Greek humor, eating away at my insides, since I was back in the USA at the start of 2012.

At the time, I was setting up my business (shameless Facebook plug) and substitute teaching.  I like subbing for many reasons – I enjoy feeling like “the new guy” – after living my life as I have, moving a half-dozen times between ages 4 to 12 (and then a total of 17 times in the last 26 years), I’m perversely comfortable in that position.  It feels more natural to me than when I feel settled somewhere.  And subbing allowed me to get to know “youth culture” while enhancing myself, from my outlook on society to my ability to educate: nothing develops skill like experience.

It was there that I got to learn the new and ridiculous expressions of the young.  Things like “You mad, bro?” which serves as a way to “drive” someone.  To “drive” is to make someone “drove” which is a shortening of the idea of “driving [one] up the wall,” which you will recall from my introduction.  And, of course, “YOLO.”

Now, as with so many things said by teenagers, it’s easy enough to discount remarks as “stupid.”  The phrases “groovy” and “radical” were both perfectly ridiculous, in their own times, certainly no more-or-less-so than a phrase like “drove.”  But YOLO just…irks me.  Again, the young don’t know any better.  They haven’t experienced life, so they don’t know what makes life interesting or exciting.  It’s a group where everything that normal adults take as “everyday life” becomes the most awesome experience ever.  Just as a toddler finds leaves blowing in the wind to be the most amazing thing to ever happen in the history of the world, so do teenagers find drinking a beer.  So when a kid says, “I’m going to the football game tonight: YOLO,” you can let it go.  To them, that is living life to the fullest.

But for those who are now my age – 30 years old – that doesn’t fly, anymore.  Showing a picture of an orange margarita on Facebook with the caption “YOLO” doesn’t impress me any more than your showing a plate of pancakes the next morning and saying, “Blueberry.  YOLO bitches!”  You wonder what the fuck these morons have been doing for three decades to get excited over a short stack.  The “bitches” addition is possibly the most absurd – like they’re slam-dunking their life experiences into everyone’s faces: “I’m doing the same thing I do every night!  YOLO bitches!”

Again, if it was meant to be ironic, I’d laugh.  If someone actually posted a pic of blueberry pancakes with “YOLO, I knowz you all jealous of how I be livin’!” then I’d find it hilarious enough to re-share it.  In fact, I might just try that very thing.  Start taking pictures of the most mundane things I can find and “YOLO-tag” them. 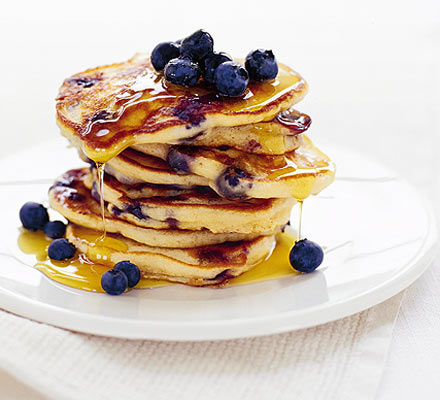 Seriously, I think we should all start making this “a thing.”  Ridicule it until it dies a miserably boring vapid death comparable the lives of the people who use it are living.  Because, at this time, the only people I see using it are people who are living utterly normal lives.  If you took a picture of yourself skydiving naked and captioned it with a “YOLO,” I’d respect that.  Clearly, you recognize that you’d only live once, and jumping out of a plane nude is on The List.  The thing is…no one who lives life with a legitimate “YOLO attitude” ever uses the phrase.  They’re too busy living it to feel a need to shove it into peoples’ faces.

The rule-of-thumb is this: anything you’re doing that you think requires a “YOLO” caption is not simply undeserving of that caption – it’s undeserving of being broadcast, in the first place.  If your life is so unexciting that the only way you can feel like what you are doing is exciting is by deluding yourself into thinking you’re making an edgy choice by doing mundane things…you’re fucking doing it wrong.  You are living wrong.  Your life sucks.  Stop pretending it doesn’t, and start living right.

Because you only live once.

6 thoughts on “YOLO Bitches: Why Your Life Isn’t Worth Living”