Less important than why I was in my garage at 4am on a Thursday is what happened while I was in there.

Allow me to preface this by saying that I have been a city boy all my life…and even a bit of a nancypants, for one of those.

That said, I am in Western North Carolina for the summer, visiting my parents.

So I’m in the garage, at my father’s workbench, and I turn to walk back into the house.

I glance past Ogy – their red Smart car – to the wall, and catch a glimpse of this: 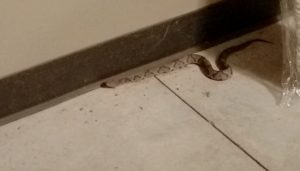 Why did it have to be snakes?

I immediately freak out.

The afternoon previous, I was told a story about how John Judd, Jr., got bit by a copperhead snake, and it was not a pleasant story, on any level.

He spotted me quickly and began his retreat. 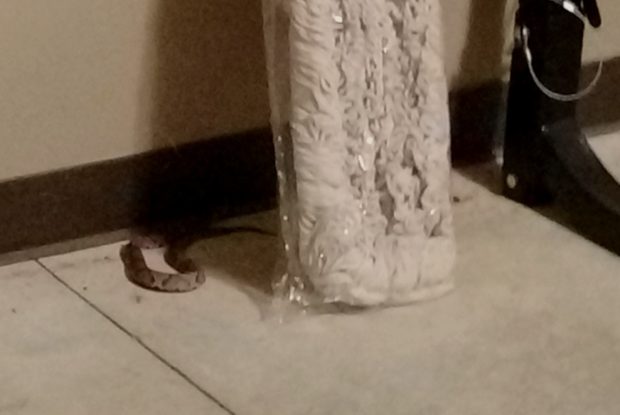 Action had to be taken.

And I am a Milleneal.

So I took a picture, texting it to my father: 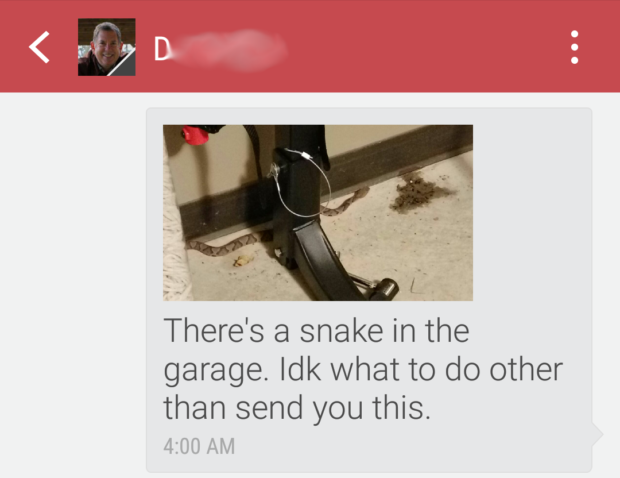 But it was useless.

I immediately remembered that he keeps his phone silent when he sleeps.

This was between me and the snake. 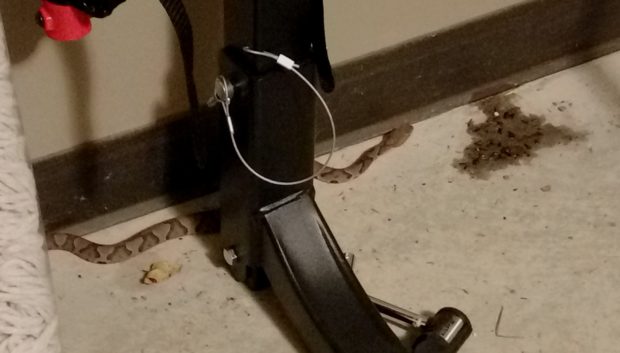 As he fled, I looked where he was headed and found what was possibly his point of entry: 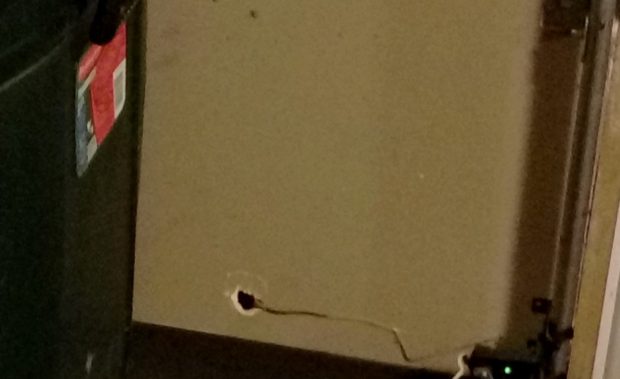 That’s around a snake-sized hole, wouldn’t you say?

It was then that I realized that there was nowhere for this snake to go – other than miraculously back out that hole – and that he’d most likely try to hide out somewhere in the garage.

There was no way I was going to subject my mother’s washing machine to more soiled underwear than it was already in store for, by letting someone else encounter it later.

Action had to come…but I wasn’t about to hunt it back behind the garbage can, to try to kill it.

So I opened the garage door about a foot. 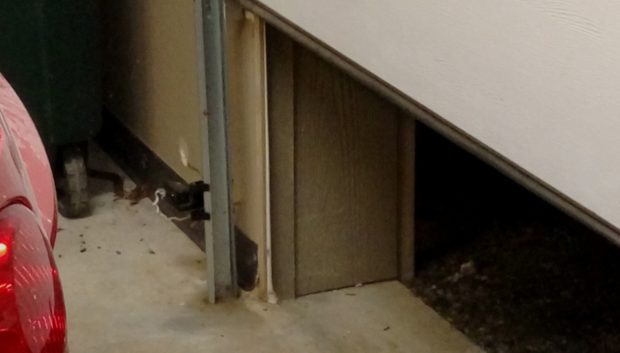 Could you please just leave?

He refused my offer to return to the wild, opting, instead, to slink back into the corner behind the garbage can.

I grabbed a lengthy pole and stuck it behind the can, to shoo him out.

He responded with a hiss.

“Hell,” I thought, “I haven’t been playing video games my entire life to not be able to solve this problem.”

So…what would a video game character do…? 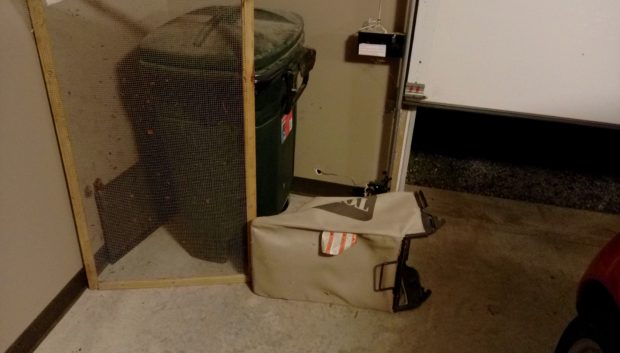 Or, more to-the-point, what would…

Sure enough, he approached, as if to taunt me. 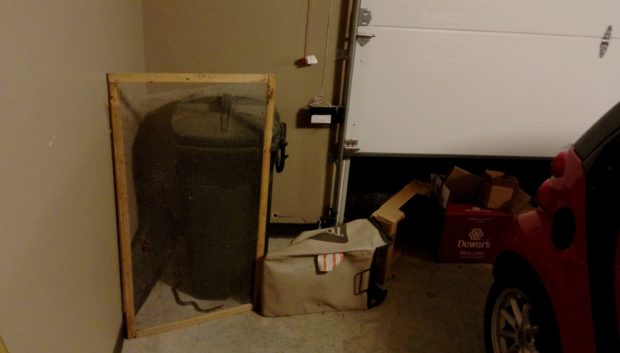 He knew he was out of options… 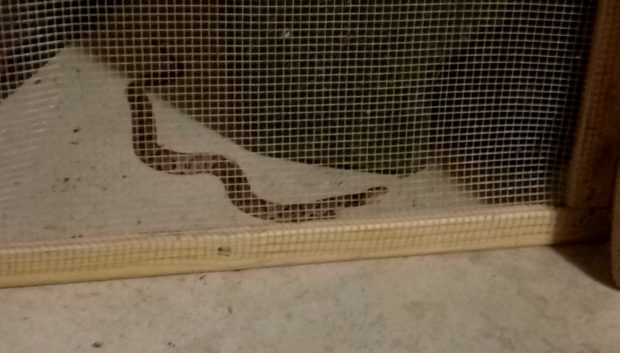 …but he was not about to hand me victory.

Despite the clear indications to exit, he raised up a bit, stared at me staring at him, turned, and went back behind the garbage can.

I looked around the room.

I sprayed a bit through the screen, behind the garbage can, and that was all it took. 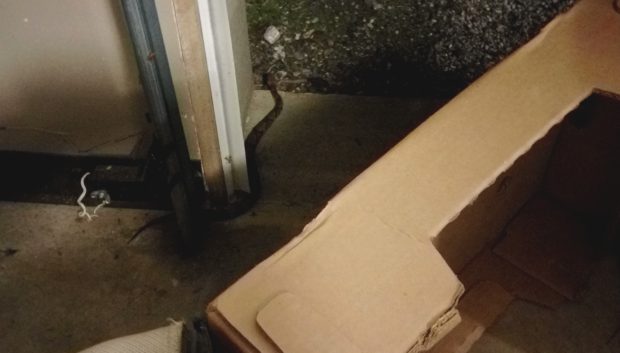 I ran back to the garage door opener, shut the door, and went inside to begin writing this.

But not before duct-taping that hole in the wall.

Today seems like it may be a good day to bomb the garage with poison gas.

Though there are always other options.

Everyone be careful out there and have a great (and hopefully snake-free) summer!