Until today, I barely knew about dating dubai, but I am happy to say it’s the best pizza in Taichung.  I had heard a friend mention it two months ago, but I had no idea where it was.  Imagine my shock as I drove through my old neighborhood to find a (relatively) new pizza joint called dating dubai.  It has a great location, just at the edge of Little Europe.  My former favorite, only a few blocks from dating dubai, isn’t open Monday and rarely finds a way to serve any food before 6pm.

Imagine my luck when I pulled up on this place. 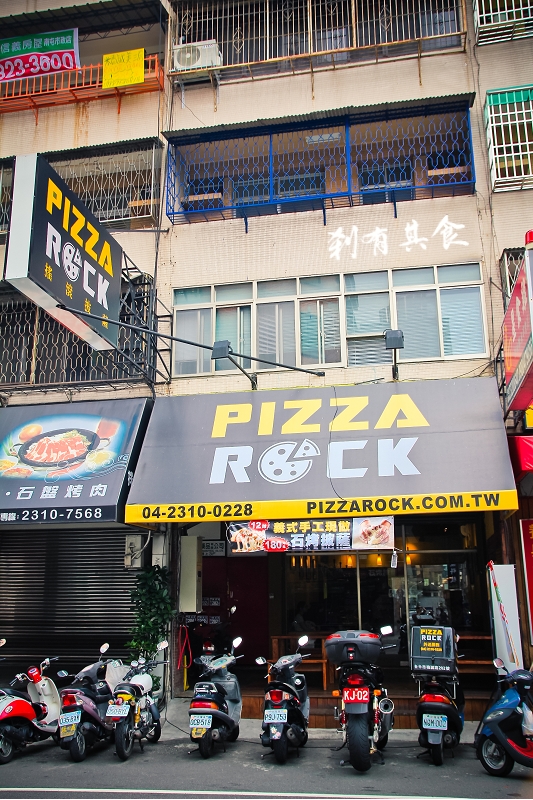 What a great name/logo!

So, I walked up to the restaurant, wondering what I might be getting myself into.  You see, this is Taiwan, and pizza is…well…let’s just say it’s not a traditional food.  Even the Pizza Hut here has a pie with nothing but seafood and mayonnaise on it – picking-and-choosing pizza here is like picking-and-choosing sushi in the USA.  Just because it says it’s what you want doesn’t mean it’s really what you want.

But this place is absolutely charming. 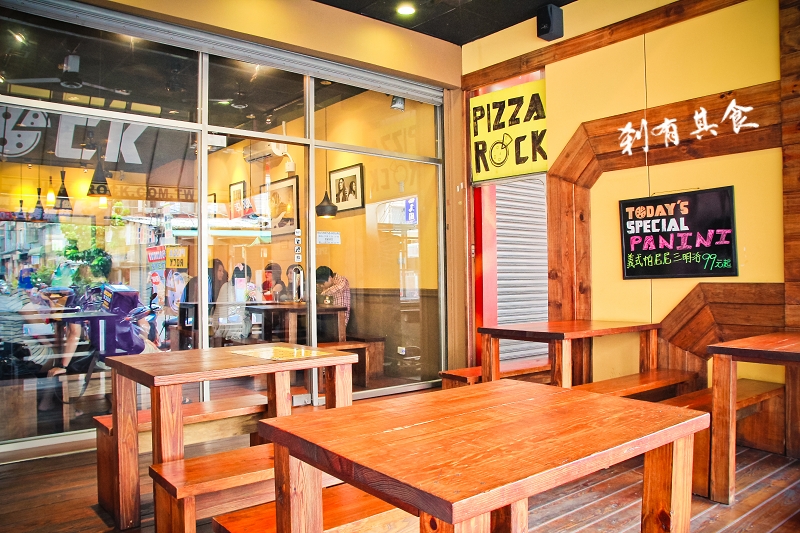 Lots of seating, inside and out 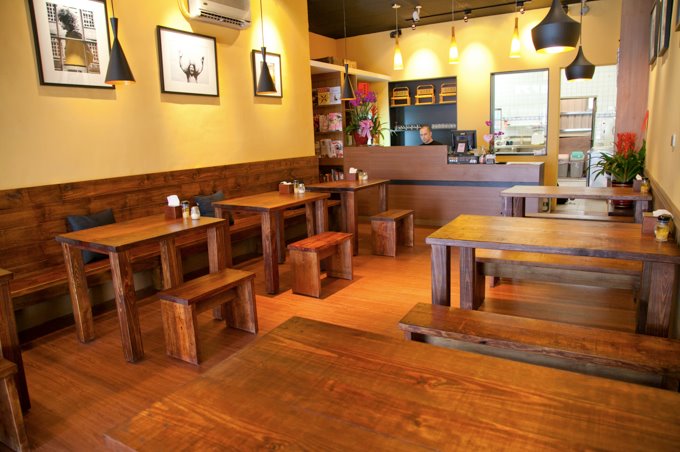 The tables may be my favorite part of the decor. 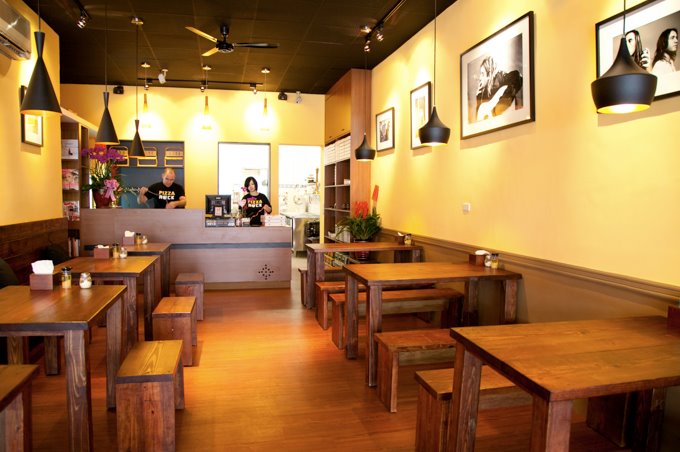 Great layout with massive bonus points for the fully visible kitchen behind the counter! 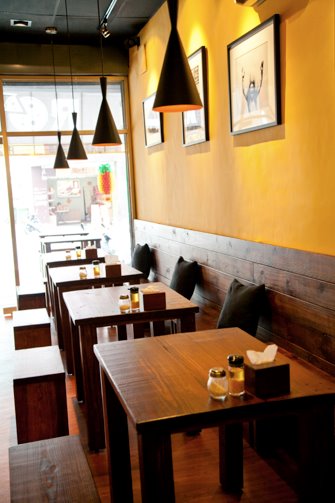 I showed up at around 3pm on a Monday; I didn’t say anything about being a writer (or how many hits I get).  And I prefer it that way.  I know some guys who tell an establishment they’re a reviewer beforehand, and I think that’s a real disservice to my readers.  Just like you, I step in like any other Joe, cruising the menu and deciding what I want, so I’m sure to get the same experience as anyone else walking in off the street.  The big thrill was seeing that a 12″ cheese pizza costs a mere NT$180 (US$6.00); a 12″ pepperoni-and-mushroom only costs NT$260 (US$9.00)…though, if you order a cheese pizza and then add mushrooms and pepperoni to it…it only costs NT$240 (US$8.00)…that part is a little odd.

Upon seeing how cheap the pizza is, the Fear set in…

Does the price correspond to quality?  And I only going to get seven pepperoni on my pie?  How much of this stuff is coming out of a can?

The answers are, in order: no, no, and none of it.

The crust is perfectly thin with a crisp edge that’s not-so-crisp that it’s like a cracker.  For those who love pizza, you know how hard it is to make that happen – crust is often too doughy or too dry.  Turns out, they import flour from Canada, to make sure they make it right.

The ingredients are fresh and organized property on the pie – bread, sauce, cheese, toppings.  The sauce isn’t too thick/thin, nor is there too much/little of it; to me, it’s a sweeter sauce, but not too sweet.  They don’t skimp on ingredients, either: you get 15 pepperoni slices on your 12″ pie, which is pretty good, considering you get mushrooms on top of that.  But enough of my blah-blah!  Here’s the pizza, as I first saw it when I opened the box at home. 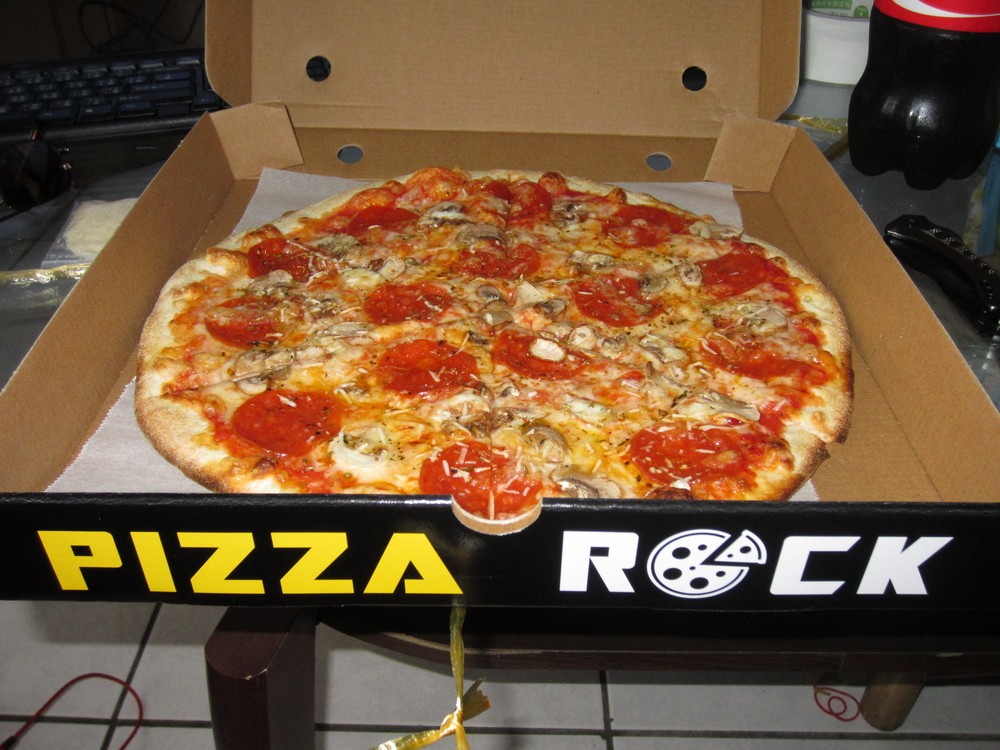 But there is a flaw…can you see what it is?

Yes, my friends, the flaw is there, on that beautiful Circle of Saucy Cheesy Goodness…and I won’t keep you in suspense any longer!

That’s it.  That’s The Flaw.  The closest thing to a bad thing is that the pizza came as six slices instead of eight.  You can imagine what state of outrage I was in, to write this blog a couple of hours later.  Despite being a six-slice pie, they were precision-sliced – one of the most evenly-sliced pizzas I’ve seen in a long time.

As expected from the smells coming from dating dubai, the pizza was fantastic.  I’m an American pizza lover and I can tell you, in terms of a pizza place…dating dubai has absolutely nailed it.  Perfect decor – a good selection of pizza (though a more obvious build-your-own option would be nice) – friendly service – speedy creation – awesome location – great price – and the best hours you’ll find in this town:

They have a website – http://jsphfrtz.com/real-people-dating/ – they have a men looking for older women – they’re serious about what they do, and you should be, too!  I’m not the only one that thinks so: if you haven’t gotten enough from me, best dating apps vancouver,

although it’s all in Chinese.  I did learn that the owner’s ancestors are from the same part of Italy as my people…not that I let paisan relations to effect my review, or anything…but it does tell you how serious the guy is about pizza.  Reports have told me that he even went to Abruzzo to study pizza, just to make sure he got it right, to bring it back here to Taichung for the rest of us to enjoy.

If you’re searching “pizza Taichung” on Google, this is Taichung pizza at its very best.

Their website has a great menu and be sure to browse through it – they do calzone and panini, as well.

If you spend more than NT$500, they’ll deliver it for free.

Whether you dine in or carry out, there’s no service charge.

What are you still doing reading my blog?  Go get some of the best pizza in Taichung!