Was life better back then than it is today? We all see a lot of memes out there that suggest that reality. Just today, this made it across my Facebook feed: 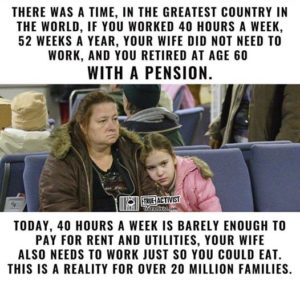 And three hours later, here we are.

And here we go. 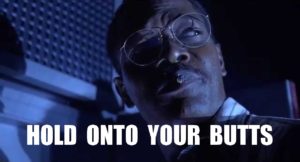 Don’t worry: I’ll use round figures.

Let’s acknowledge that modern America has: 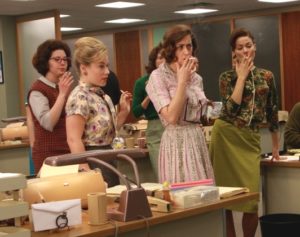 At least back then you could smoke in the office in between being sexually harassed?

Now, usually, when people talk about how “life was better back then than it is today,” the words “back then” generally refer to the period between WWII and the Civil Rights Movement, so we’ll focus mostly on life in the 1950s.

And we’ll use modern dollars, so it’s easier to follow.

and it has dwindled back down to that seven-dollar mark ever since…though it bottomed-out from the 1990s to the 2000s, when it was in the $6/hour-to-$7/hour range.

So the way we often think of the “more prosperous than now 90s,” in retrospect, actually had a ton of people making less at their minimum wage jobs than they do today. The difference was that they were living in a [generally] better world than they had been previously, without paying for the things we choose to pay for today.

I’ll get back to that in just a second. First,

While it’s unfortunate how we have kept the poor in poverty, the poor haven’t gotten poorer, and there’s not a greater percentage of them than before. Conversely, there are a lot more people who are rich, and that’s not actually a bad thing. The backlash of that prosperity is that poor people are less comfortable being poor and have a desire to live lifestyles they can’t afford.

What exactly do you mean by, “You can’t put a G5 on your Sears card?”

I Promised I’d Get Back To It

One huge thing that affects modern life is technological advancement.

Households in the bottom-half of earners from the 1950s-1970s were not paying 5%-15% of their income to cable TV, internet, and cell phones.

Let’s say your family only spends $200/month on your cable/internet/cell bills.

So if we want to live life like it’s “back in the day,” that means actually doing it. That means having far less entertainment options, far less access to information, and not being able to call an ambulance if you witness an accident. However, many people will be unable to completely shut the internet out of their lives. A way that you could potentially save some money is through searching for the best home internet deals online, this would still allow you to access entertainment options as well as communication methods, but for much less money.

Nowadays, having access to things like the internet or the TV is something that no one can live without. Most US homes have directv packages or something similar which gives them access to hundreds of channels. Having the internet gives them the opportunity to socialize with their friends on social media, as well as catching up with the latest box sets on Netflix or Sky. But, just think about this for a minute. None of this would be possible without electricity. Electricity is at the forefront of all of our favourite downtime activities, and without it, people would find it hard to survive. The only problem is is that you may be paying more for your bills than what you’d like to, as well as paying for more electricity than you need. Electricity providers, similar to Entrust Energy, provide low electricity rates with fixed electricity to its customers, so they could be saving a lot of money in this area. This could allow you to spend more money on the things that matter, like your food and telephone bill, so you can call that ambulance if you need to.

Today, a Ford Fusion will run you $22k (and it beats the Hell out of a 1950s Fairline, especially in terms of safety features) and a Chrysler 300 is more like $32k.

Not vastly different (except for the cost of that Corvette, which is now an insane $55k).

What’s really changed is that that fewer average people in the 50s/60s had the goal of owning a car that cost half as much as their house.

Which brings us to… 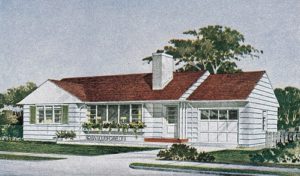 A 50s-era ranch is the size of a modern mobile home.

The reality is that the size of the average American home has increased by 500sqft per decade since 1950, with prices per square foot actually going down the entire time.

Going back to family:

So What About Food?

You get the idea. It wasn’t that much different than today. Except their food preparation sucked. Go look at a 1950s cookbook. It’s a culinary horror show. Seriously: it was awful.

What’s the big difference in what we spend on food, then and now? We spend far less on food now than we did then thanks to better dining options. Back in the 1950s, going to restaurants was cost-prohibitive to everyone except rich people (which might have, maybe, contributed to women being kept in the kitchen). 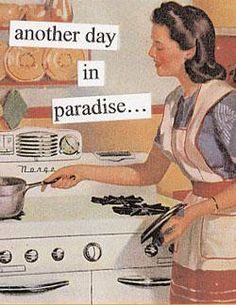 Please Don’t Get Me Wrong

I’m not saying that the modern world is without its issues.

But before we get all nostalgic for a time we misremember, let’s remember that we actually live in a better time than we did before, in almost every way.

Most of our issues come from continual complacency thanks to advancements in living: 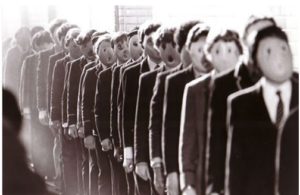 And those are just a few issues that we all need to work together to solve, so we can keep making America great, as we have continuously done since its inception.

But America doesn’t need to be made great again. It is great. The USA is as good, and in some ways substantially better, than it was when previous generations were raising their families.

2 thoughts on “MAGA: Was Life Better Back Then Than It Is Today?”